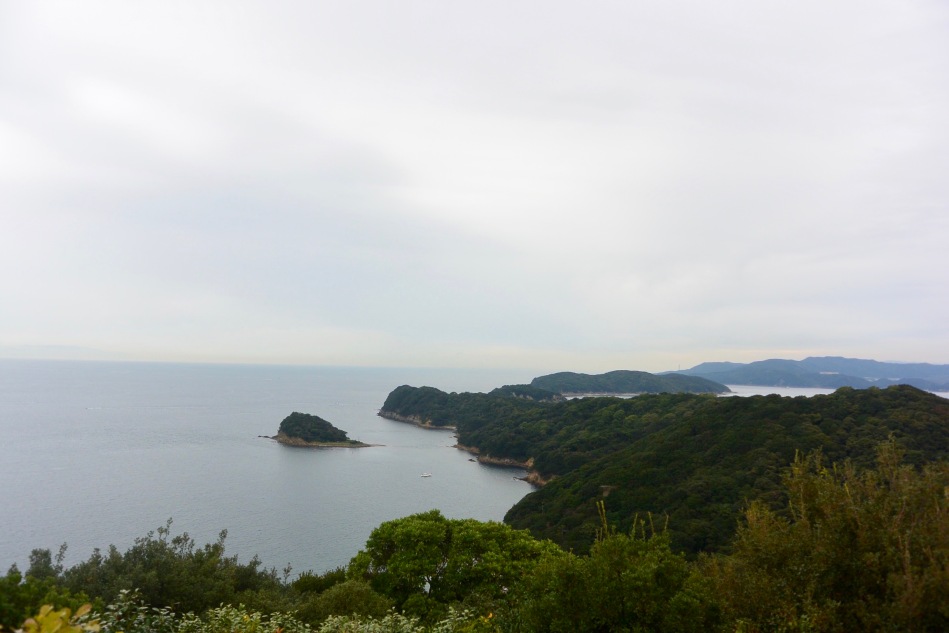 It takes around 2 and a half hours to get to Wakayama Station from Minoh and then another quick trip to Kada Station. From there, it’s a short walk to the harbour and ferry that travels between Wakayama and Tomogashima, an uninhabited island about 5km away.

Before boarding the ferry, we made a quick stop at Awashima Shrine (淡嶋神社). One of the enshrined deities is Nahi Kona-no-Mikoto, who is known as the ancestor of medicine. It is believed that he has the power to relieve illness and ease childbirth which is one of the reasons for the shrine’s popularity among pregnant women.

The ferry ride to Tomogashima is about 20 minutes and costs ¥2000 ($20CAD). Upon arriving on the island, there is a large map that outlines the two routes around the island. Much to my content, the shorter route actually covers the majority of the sights to see on the island! Although the map says the course is only 3.7km long, it doesn’t mention anything about walking up hill the whole time! Either way, the views from the top of the mountain were well worth the hike.

Tomogashima was used by the Japanese military during World War II to combat foreign warships. The weapon storage areas and barracks are still somewhat intact, and you can walk through the tunnels the run underground a large part of the island.

It’s hard to imagine what it must have been like to live on the island during the war. Walking through the dark tunnels, it’s impossible not to be overcome by a harrowing feeling of what took place here.

After a few too many close encounters with enormous spiders in the tunnels, we found an exit and kept exploring the island.

I walked a total of 18km that day and passed out as soon as I made it back home, but it was a great chance to see a new part of Japan and experience a piece of Japan’s history, however saddening and dark it may be. These sights serve as a reminder that no matter what side of war a country finds itself on, we all feel the effects, for better or for worse, of the decisions of our leaders.