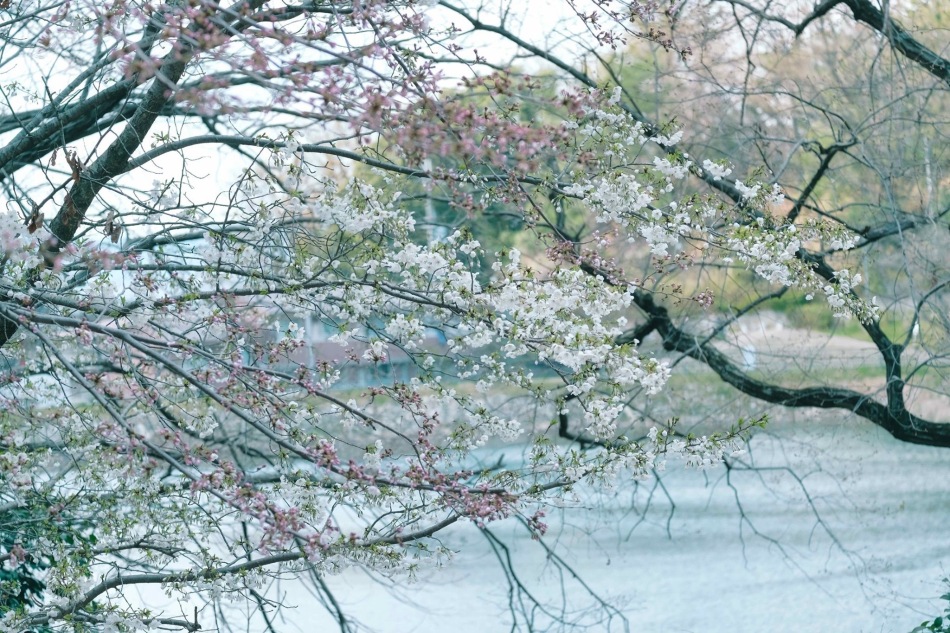 Yamanaka Onsen, Ishikawa PrefectureーI’ve seriously neglected my blog, and it turns out that this is the first post of 2019. It’s a little late, but Happy New Year to all! I hope the new year has been treating you well. 2019 has been a busy one for me so far – I was back in Miyazaki for the new year, finished my first year of university in February, and after meetings in Tokyo for my internship in March, I went to Oxford for just over a week (more on that to come!). After all that it was time for a break, giving me the perfect excuse to finally go to Kanazawa, a beautiful city two and a half hours away from Osaka.

I boarded the 7:00am train from Osaka Station and arrived in Kanazawa a few hours later. The first day was spent walking around Kanazawa and taking in all the sights.

First stop was Kanazawa Castle – a castle that is slowly being rebuilt and restored. The castle was once home to the powerful Maeda clan, a family that was the second most powerful and wealthy in Japan. Unfortunately, the castle was damaged many times in fires, the most recent one being in 1881.

Next stop was Kenrokuen, said to be one of Japan’s three most beautiful landscape gardens. Going early in the morning was a good idea, and we were able to avoid the big crowds. After walking through the gardens, we found a small teahouse beside one of the ponds. It was a nice place to sit down and relax after walking around all morning.

The next day, I took a train to Kaga Onsen Station and then a bus to a small town called Yamanaka Onsen. This is where I spent the next 2 days – in fact, I only left the ryokan once the whole time. All of the meals were served at the ryokan and I was absolutely stuffed. Upon arrival, afternoon tea was served and then shortly thereafter it was time for dinner. Dinner was 10 courses and, needless to say, a short nap was necessary to get over the instant food coma. I spent the rest of the day reading (a book, not my email!) and relaxing in the hot springs.

The next morning was spent doing my best to eat the enormous breakfast at the ryokan. After that, I ventured out into the town to look around for a little bit before taking the train back to Osaka.

It was really nice just getting to relax for a short while after a hectic few weeks. Despite having just returned from this little trip, I’ve been thrown back into reality with a new list of work and deadlines.

Next week will mark the 3rd year since moving to Osaka. I have been extremely fortunate to have a number of opportunities to expand my skillsets and challenge myself over the past 2 years. With my work at the university, I have learned more about the Japanese legal system and translation. My internship has helped me gain a better understanding of how diplomacy works behind the scenes, and my work at a private company has shown me the complexities of multinational corporations. I have met the most wonderful people, and I can’t wait to see what new opportunities will come my way this year – I may even remember to update my blog once in a while!